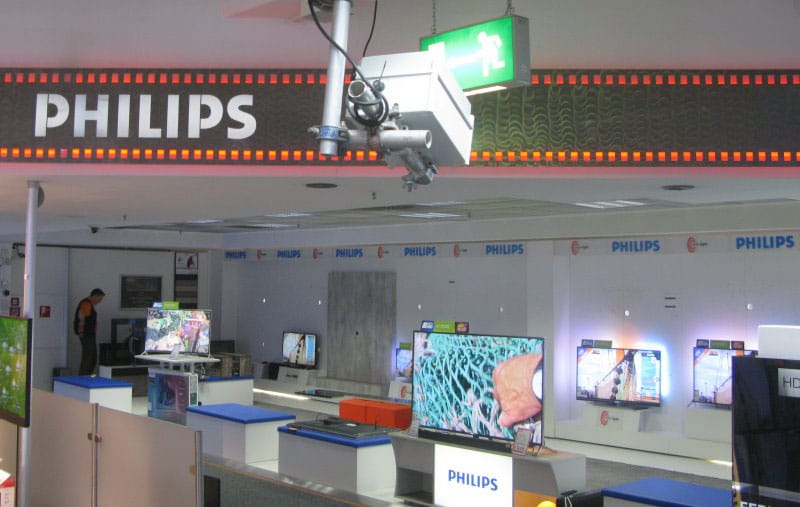 With the Vitra Group kukzeitraffer.tv won an ambitious regular client. After exhibition performances in Dusseldorf and Milan were presented in time-lapse films, an innovative retail concept at the Vitra Campus was documented. Now the redesign of the area of PHILIPS at SATURN in Munich is recorded by a high resolution camera system. The film of the project at the Vitra Campus is available here.